The information in this article applies to:

I would like to position an object a specific distance from another object, how can I do this?

When drawing objects in Home Designer such as walls, doors, windows, etc., they may not draw in or be placed in an exact location, and may need to be moved more accurately so that it dimensions properly. This is especially important for walls. All drawn or placed objects can be easily moved to precise locations or distances from other objects by using dimension lines.

In the figure below, walls have been drawn, a window and a door have been placed, but the position of these objects is less than ideal. 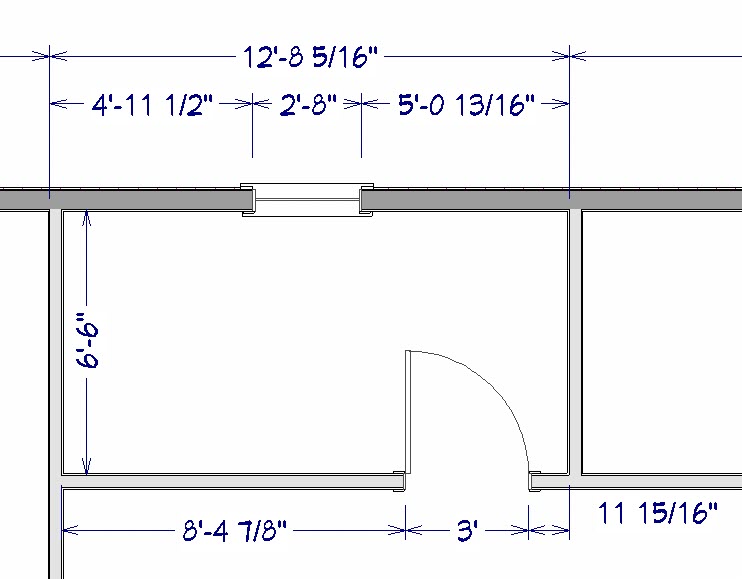